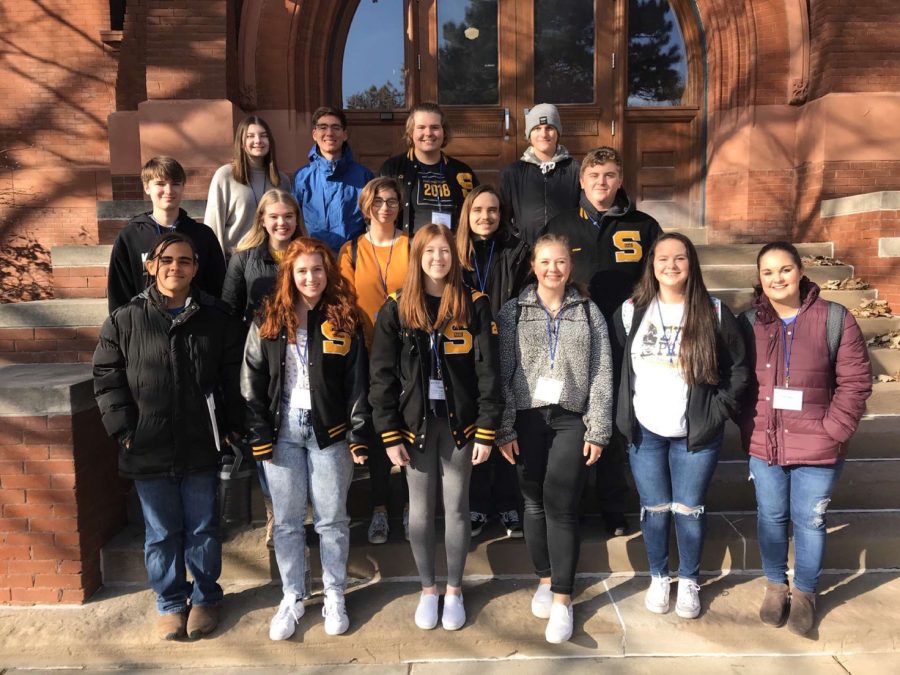 For some, music is a form of entertainment and recreation that’s delightful to the ear. But for others, it’s a competition involving lots of preparation. For those who are willing to go an extra step, they have the opportunity to audition for All-State Band, which consists of the best players in the state. This year, LSE had many talented students make it to this next stage.

On Thursday, Nov. 21, LSE Band members who were selected through an audition process, took part in the Nebraska Music Education Association (NMEA) All-State Band, which is an annual event hosted by the University of Nebraska-Lincoln. There are a variety of different ensembles a band student can audition for, such as All-State Jazz Band, All-State Band and All-State Orchestra. NMEA All-State is usually a three-day event, with the first day being chair placement auditions to see where you get to sit and what parts you get to play. The second day is further preparation and the last day is the overall performance. With only two days to prepare for the final performance, there was added stress, but the majority of the pressure came before the actual event during the audition.

This year, Taylor Velgersdyk (11) participated in All-State band for the second time as a clarinet player.

“The audition materials come out in May, so I practiced a lot over the summer before auditions in September. You only get one chance for your recording so it’s a little stressful. I felt good about my audition, but of course, I was nervous to hear the results,” Velgersdyk said.

Gabi Lawrey (12) has participated in All-State Band for the past two years, and this year she auditioned again and was accepted into All-State Orchestra as a principal oboe.

“I was very relieved when I made it. I didn’t want to be the person who made All-State the two years before and then didn’t make it senior year,” Lawrey said. “That was very scary, but I was very excited as well because I knew that All-State was so much fun and you get to play with a bunch of talented musicians.”

What made this year different was the audition process. Usually, a student will get etudes (short musical compositions) to prepare beforehand, and musical scales. However, this year they added sight reading, which involves no preparation and is music that you have to read and play on the spot.

“This year they added the component of sight reading, which was a new experience to say the least. They have it on the computer. They give you 30 seconds to look over the music, and then they give you the tempo and you have forty seconds to record it. It was very weird,” Lawrey said.

Despite the stress before hand, the event was a great achievement for all and a wonderful experience for our band members.

“Band gives me the ability to express myself since I’m not the best singer, but I’ve always loved the arts,” Lawrey said. “I loved All-State. It’s definitely a lot of fun and you get to meet some incredible people. Being in the orchestra as an oboe player, I got to play solos at the Lied Center, which was crazy. It was so scary, but I loved it, I loved every minute.”