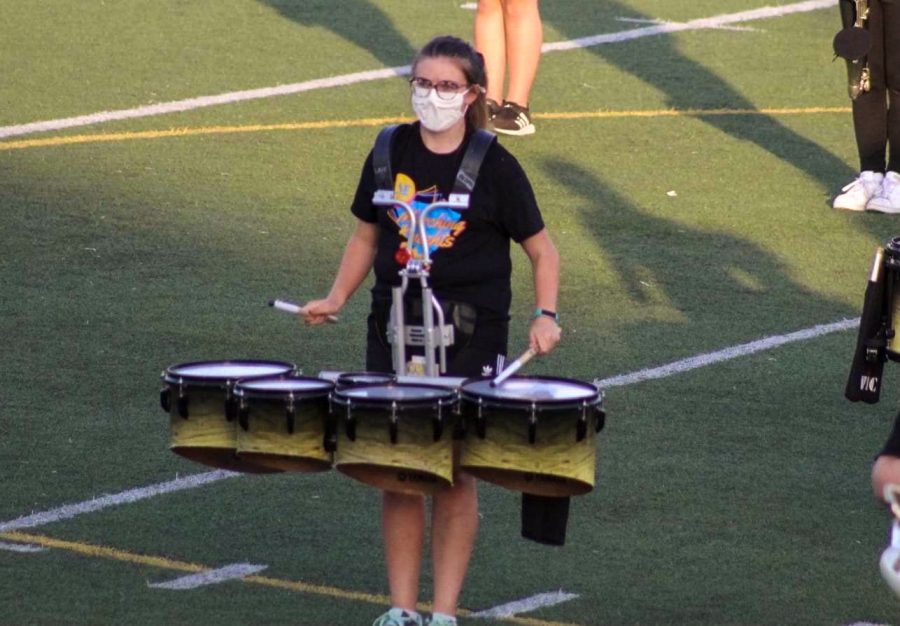 After all marching band competitions were cancelled in July, many band members across LPS, especially seniors, were extremely disappointed to hear they may never perform again. After some consideration Lincoln Public Schools decided to conduct the “LPS Marching Showcase” on Saturday, Oct.10 at Seacrest. Students involved in marching band were excited to have the opportunity to finally perform after countless hours of practice going into their pieces.

One student in particular, Lauren Lilienthal, a senior at Lincoln Southeast, although sad that there were no regular competitions, was ready to take on her last performance as part of the LSE Marching Band. Lilienthal has been in band for almost eight years and during the past four years at Lincoln Southeast she has spent “17 hours a week if there’s a football game” Lilienthal said, on band alone. Between two-hour morning practices every day, additional practices for percussion weekly and practicing new music, the dedication Lilienthal and other band members spend often goes unnoticed.

Leading up to the showcase and due to COVID-19 it was much harder for those involved in band to put together their performances. The marching band and its conductors continued to work hard to not only adapt to changes but also find music to perform and put together a whole show in a short amount of time. Lilienthal said that practices have been more challenging this year as some sections are split up due to the rotating schedule. With sections split up it’s hard to get an idea of what the group sounds like all together but despite that Lilienthal says that the band performed really well and made Southeast proud at their showcase.

After many memorable performances done by the LSE Marching Band, such as competing as the only high school in the Nebraska Music Educators Associations (NMEA), Lilienthal said she hopes that “marching band continues to win lots of competitions, such as best percussion which we’ve won the past three years.”

Lilienthal says that it’s unfortunate that many seniors involved in the showcase couldn’t have the last performance they deserved, despite the disappointment they had a great performance and continue to put in a great amount of energy, time and effort into the band as a whole.