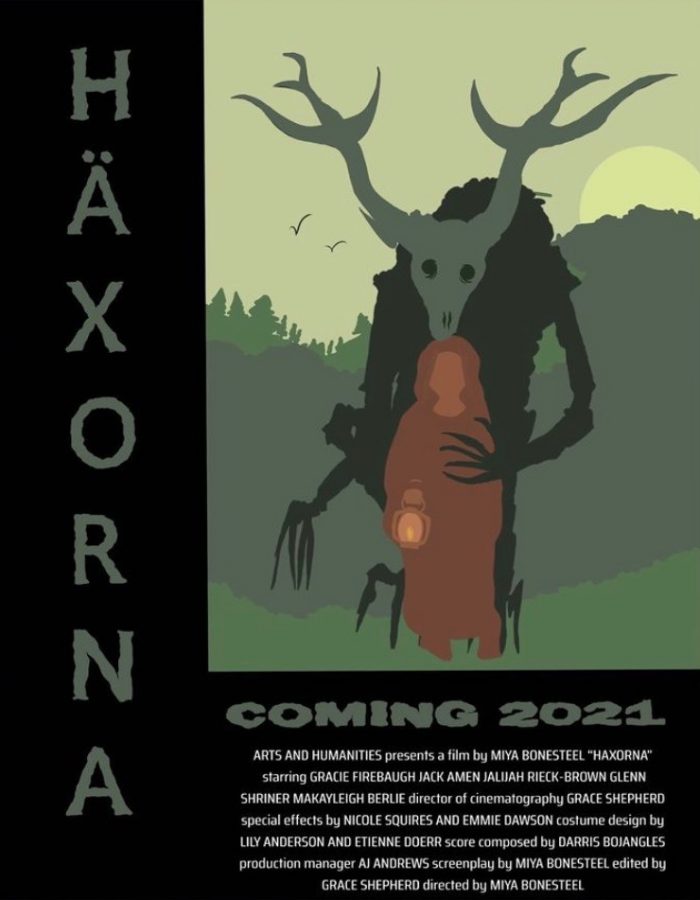 2020 has undoubtedly a year of unexpected changes. From school closings to economic collapse, the effects of COVID-19 have been felt far and wide. With these major changes in society, many people have not taken account of the millions of small changes that have occurred due to COVID-19. One change that has only been noticed by few, is the logistics of a simple movie night.

Normally, movie theaters are sold out days in advance when a premiere is near. Planning is required at least a week prior in order to sit next to all of your friends, if you are attending in a group. Often, people spend upwards of $20 just to go see a movie with popcorn and a drink. However, even this experience has been drastically changed in 2020. For months, no movies were released due to production shutdowns. When movies finally began to be released, they were not released in theaters. Instead, movies were released straight to DVD, or, on streaming services such as Netflix and Disney +. Instead of the in-advance planning, people simply notice the new movie while scrolling through the home page.

Lincoln High and Arts and Humanities senior Miya Bonesteel has firsthand experience with the affected film industry. Over the last several months, Bonesteel has been hard at work directing a short horror film, “Häxorna”. Bonesteel describes the film as “a sinister presence terrorizes a group of young people on a camping trip during the fall of 1988, who quickly begin to suspect one another as strange things begin to occur just beyond the treeline and bizarre nightmares begin haunting them in the night”.

Bonesteel has always been interested in the horror genre, specifically horror fiction, which eventually inspired her to write “Häxorna”.

“When I was younger I read a lot of Mary Downing Hahn books that really piqued my interest when it came to writing horror fiction,” Bonsteel said.

When it came to inspiration for writing “Häxorna”, Bonesteel looked to films such as “Robert Eggers’ ‘The Witch’, Ari Aster’s ‘Hereditary’ and David Bruckner’s ‘The Ritual’”.

With production starting in September 2020 as part of Bonesteel’s senior capstone project at Arts and Humanities, there was a tight schedule when it came to casting.

“Actors sent in video auditions along with audition forms with some basic information. AJ Andrews and I reviewed the audition tapes together and selected the cast members we felt fit the project,” Bonesteel said.

However, actors are only part of the entire production team. For an entire movie to be produced, there needs to be directors, producers, designers, along with so many important roles behind the scenes.

“Grace Shepherd is an incredible filmmaker. Lily Anderson and Etienne Doerr are both amazing costumers. AJ Andrews is an awesome production manager. I am just surrounded by extremely talented people and I was so happy to involve them in this project,” Bonesteel said.

Firebaugh initially heard about this film when Bonesteel started attending Arts and Humanities this year. Having previously been involved in theater at LSE, Firebaugh was familiar with acting, and expressed her interest to Bonesteel. She then sent in an audition video, and was given the role of Ottilia Aspen.

“From the beginning, I was hoping for the role of Ottilia. Getting that phone call was some of the most exciting news I’d heard all year,” Firebaugh said.

With all roles casted and a large crew assembled, production went on, with a few hitches here and there. The entire cast and crew were extremely cautious when it came to safety precautions relating to COVID-19.

“Everybody who is not absolutely necessary on set on a given day doesn’t come. We wear masks at all times except when actors (there are only three of us) are acting,” Firebaugh said.

The film also has another great advantage when it comes to social distancing.

“Thankfully all of the filming takes place outside and the cast and crew are able to social distance with masks when we aren’t filming,” Bonesteel said.

However, because of the limited space and amount of people on set at a given time, the cast and crew have not been able to bond as well as they might have had it not been for COVID-19.

“I wish we could be able to do in person table reads, movie nights, and other team bonding events but COVID-19 has unfortunately prevented us from doing these things. Thankfully the chemistry within the team is amazing and we have all gotten to be one big family,” Bonesteel said.

Despite all of the circumstances, “Häxorna” is coming together as a great film thanks to the tireless efforts of everyone involved. The script itself even gives promise that this film is going to live up to the hype surrounding it. Everyone involved is excited to keep working on this film, and eventually make it available to the public.

“[The film is] really spooky, and I was giddy the first time I read the script. The professionalism and seriousness of the film astounds me and makes me even more grateful for my role,” Firebaugh said.

This role has also allowed Firebaugh to get out of her comfort zone, and realize her true potential.

“In a way, I’ve had to sacrifice my comfort. Some scenes are very intense and I initially thought I wouldn’t be able to pull them off. But I took on the challenge and I’m glad I did,” Firebaugh said.

One of the hardest challenges surrounding production is the ambiguity of its release date. It was decided that production would be postponed until early 2021, which is only another delay in releasing “Häxorna” to the public. COVID-19 has created this state of limbo not only with “Häxorna”, but also with virtually any event that requires more than one person being in the same area.

“We’ve questioned whether or not it’s safe to continue filming,” Firebaugh said.

Fortunately, “Häxorna” is still set to be released next year, even if it may not have a formal debut screening. For Firebaugh, this film is a light at the end of the tunnel, and hopes it is for others.

“I hope this film can add a little bit of spooky happiness during this sucky time,” Firebaugh said.

Bonesteel hopes that “Häxorna” will make it to public audiences, despite the events of 2020. She also hopes that people will continue to show their support in order to get “Häxorna” to those final hurdles.

“We would appreciate support by following our instagram (@haxornafilm) and checking out the gofundme link in our instagram bio! In the coming months we will be doing merch orders and hopefully some other interactive things with our supporters so we would really appreciate it if people checked out our pages!!” Bonesteel said.

2020 has shown no mercy in any and all aspects of student’s lives. Despite this, students have shown resilience and adapted to the new normal. Nothing showcases this better than creating an entire movie like Bonesteel has, with lots of help along the way. Entertainment is a way that many get through a hard time, so the film industry continuing on despite the effects of COVID-19 is almost a necessity. Because, there is no better medicine than a little bit of laughter, or in “Häxorna’s” case, horror.