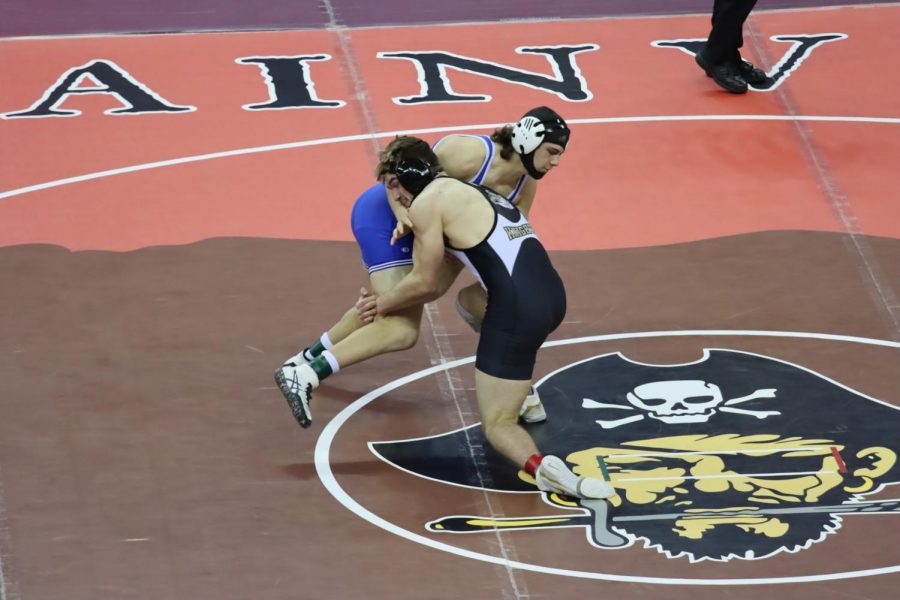 The Nebraska Schools Athletics Association (NSAA) hosted the annual State Wrestling tournament at the CHI Center in Omaha from Wednesday, Feb. 17 to Saturday, Feb. 20. Schools from across the state, including Lincoln Southeast (LSE), brought their top athletes to compete for a chance at medaling.

State Wrestling is the pinnacle event for LSE wrestlers who have been training and competing throughout the year to qualify for state. “Their training is finished, now it is them going out there and leaving it on the line,” Coach Ryan Bauer said.

LSE wrestlers compete several times throughout the year, working towards State Wrestling, where they are able to practice their skills and gain constructive feedback from the coaches about their performances.

“Good or bad performance, myself or an assistant coach is going through positives that we saw in the match, and we are also attempting to find something from a positioning standpoint that we can work on for future matches,” Bauer said.

With honed skills from a season of hard work, LSE wrestlers competed well, with four wrestlers making it to their “heartbreak rounds”, where if you win you place and if you lose you are out.

LSE wrestlers fought hard to make it to their heartbreak matches at state wrestling. “We did not win any of our “heartbreak” matches, but we were very proud of John Friendt for making it to the semis, and of Caleb Durr, Ian Mendoza and Max McClatchey of stringing together a couple wins to get to this point,” Bauer said.

In the end, Friendt claimed fourth place after a loss in his heartbreak semi-finals match, to eventual state champion Brandon Baustert of Lincoln East.

“John went out and competed hard and left it all out there and he walked off knowing he gave all that he had in that moment, which is what we are looking for with wrestlers, not walking off in regret,” Bauer said.