Opinion: Nebraska weather is the most unpredictable 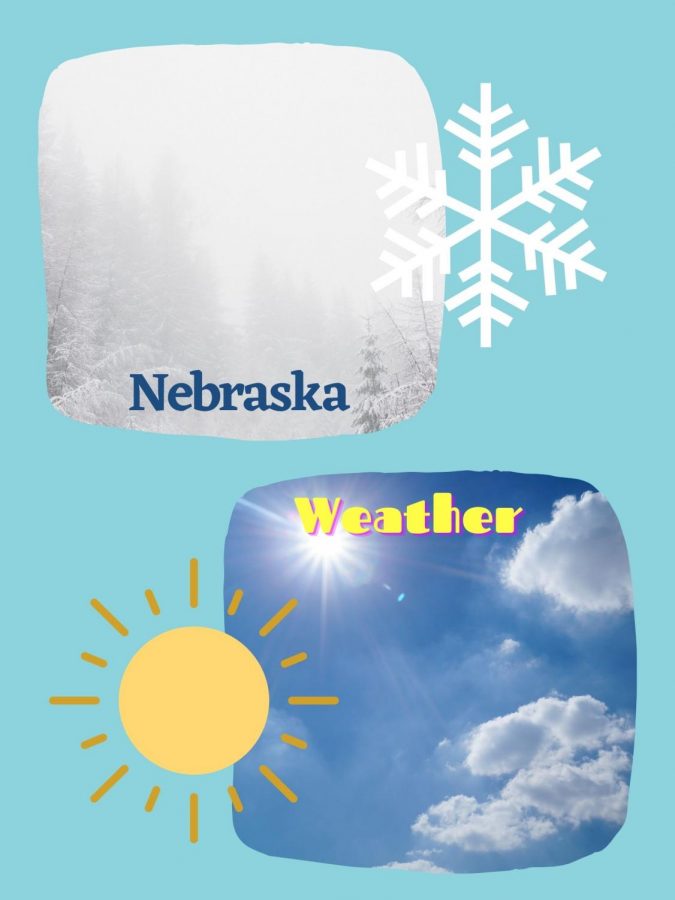 Since the new year, weather in Nebraska has been uncertain to say the least. From negative temperatures and snowfall to warm sunny days in a matter of weeks, our midwest state doesn’t have a particular weather calendar. In the United States of America, there is no other state that can match the fluctuating temperatures and precipitation in Nebraska.

From early September to late May, the average low temperature and average high temperature range greatly. Every week there is a new weather cycle of warm or cool weather, and the temperatures change greatly from time to time. In late 2020, it hardly snowed in Nebraska, even towards late December. The year 2021 brought an entire wave of snowfall that picked up in late January and early February. School closures and horrible road conditions were present across the entire state as temperatures dipped below -20 degrees in some areas.

It seems as though less than a week ago temperatures were in the negatives and snow was piled higher and higher each day. As the week of Feb. 21 rolled around, temperatures were hardly below 50 degrees. This abrupt change in weather only signifies the normal conditions for Nebraskans. This would be shocking news in Hawaii or Florida because they have a predictable weather pattern. In other words, they have their own climate.

At the University of Nebraska’s Institute of Agriculture and Natural Resources, Mary Garbacz describes these weather conditions with the words of Dr. Ken Dewey. According to Dewey, Nebraska doesn’t “own” a climate, and that’s one reason it’s exciting to live here.

Exciting is an understatement. There is no place like Nebraska, especially due to the unpredictable weather patterns across the state. From low to high temperatures every week, Nebraska is the perfect place to experience both freezing and tropical weather.