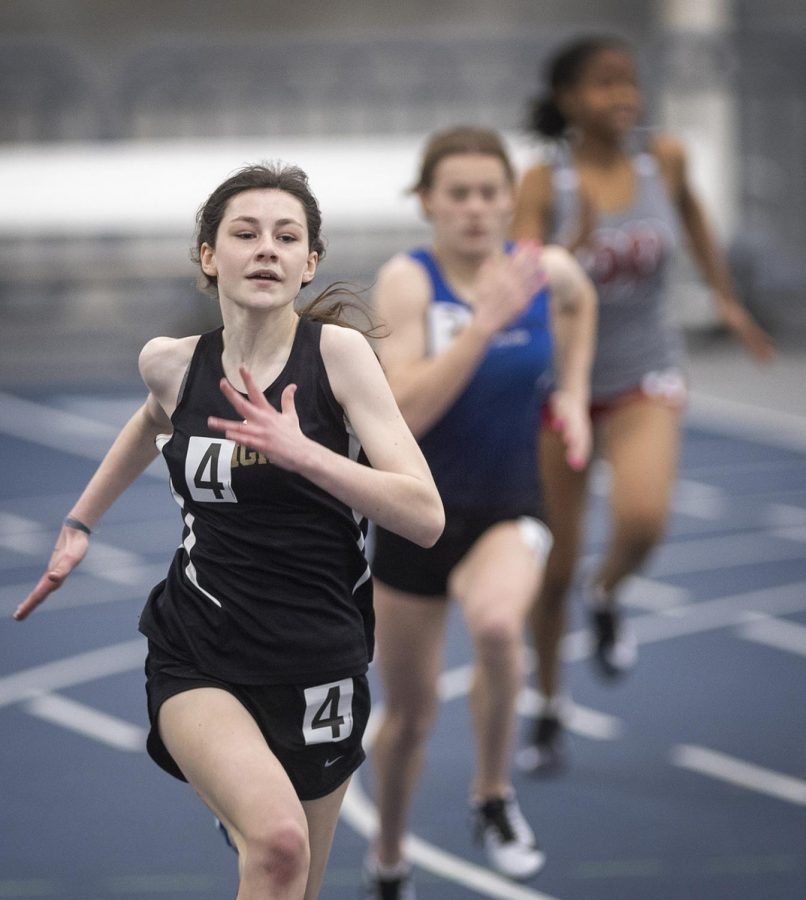 An entire year has passed since students were informed that the 2020 spring sports season was coming to a close nearly two weeks into the practices. Many opportunities for improvement and competition were lost, but after a long battle to return to some normality, the 2021 spring sports season has begun. The Lincoln Southeast (LSE) Track Team kicked off the season with two track meets on March 19 and 20, 2021.

Sat. March 20, was sophomore Iris Bumgarner’s first opportunity to compete as a sprinter in a varsity track meet.

“We didn’t do that great but I think our team shows a lot of promise for upcoming events,” she said.

Prior to the meet that occurred on Saturday, there was a JV meet that took place on Fri., March 19. Something unique about this event was that the running events were strictly relays, so there were no solo winners.

Sophomore Owen Long, who competes in a number of events, said that he struggled with nerves going into this meet. He was planning on using this opportunity to showcase his ability to coaches.

“As of now I am working hard to try to possibly move up to that next level of competition some time this season,” Long said.

Bumgarner says that missing her season last year was a big set back in terms of getting faster and improving her technique. Prior to this season, she had never used starting blocks [a device used to brace a sprinter’s feet against at the start of a race so they do not slip as they stride forwards at the sound of the starter’s pistol] in a race before, so that was something she had to adjust to this past weekend.

“I was a little nervous just because I didn’t have much experience with the blocks,” Bumgarner said. “It was also an indoor 200 meter track, so instead of running a 100 meter sprint, I had to run 60 meters, and that’s a really technical race.”

Bumgarner said that the biggest challenge she has had to face this season is shin splints.

“They hurt every time I run, so I’ve started taping them for races,” Bumgarner said.

Bumgarner, along with the rest of the track team are preparing for a great season to come and are looking forward to growing in their respective events.