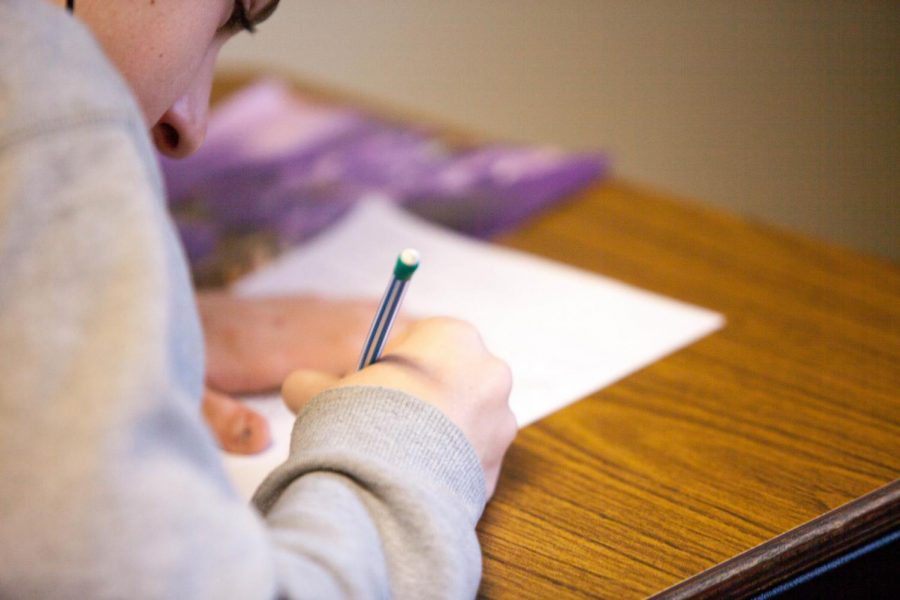 On Tuesday, April 6 Lincoln Public Schools (LPS) high school juniors took the ACT. As they entered Lincoln Southeast (LSE), grumbles, yawns and nerves were all seen and heard as they filed into the classrooms, mentally preparing for one of the most important tests of their lives.

Many students joked about skipping or just flat out not taking the ACT, however with so much importance placed on standardized tests, a bypass could jeopardize their chances of getting high-paying scholarships and an acceptance letter to their dream school.

The class of 2021 are in a tough situation as their chances to take or retake these vital tests were crushed by COVID-19. Although their applications lacked scores, or the need for them, colleges still found a way around ranking students and pairing down applicants.

If these establishments were able to still accept and enroll students without the cardinal standardized tests, is there really a need for them?

I don’t think so. As a junior myself, the stress and pressure to prepare and perform well on these tests led to many sleepless nights – forcing homework for classes to be pushed back as I frantically rushed to get all my final hours of studying in the nights before the big day.

ACT stress is real and for what? Standardized testing doesn’t fairly assess students’ knowledge since the heart of the test lies in how good a student is at test taking or memorization rather than actual knowledge. These tests only teach students how to cram for tests, recite facts and equations and figure out shortcuts to get the right answers – which is anything but representing their actual education.

Along with adding stress and forcing memorization instead of learning, no feedback is given to learn from our mistakes. If we know not what we have done wrong, how do they expect us to retake the test and dramatically raise our scores to a higher level? It’s just plainly unrealistic.

If colleges were able to make accommodations where ACT and SAT scores were optional or not even really weighted that much, it would drastically improve the stress and anxiety levels of students.
Another aspect to consider when deciding the importance of standardized tests can be found from the groups of people taking it.

Looking at the demographics of standardized tests, lower income families and minorities don’t have as much opportunity to take the test multiple times, let alone once, to improve their chances of getting scholarships and getting into a good school.

According to data collected by the test prep company Kaplan, the average amount of times a student will retake the ACT is 2 to 3, while a student can legally take it up to 12 times. Not only does requiring standardized test scores like the ACT scores prevent minorities and lower income students from taking tests that will help them pay for college, but it really restricts their ability to raise their original scores to have a broader range of schools to choose from.

By not giving everyone the same opportunity to take at least one test free of charge, it really restricts the amount of financial aid and possible colleges lower income families and minorities can get. While LPS does do a good job with paying for the first ACT test, thousands of students across the nation don’t have as good of luck.

Dividing seems to be the only common theme in standardized tests like the ACT and SAT. These tests weed out the good test takers from the bad and create a larger division between the higher income students versus lower income and minorities. High school is already stressful enough, and by adding in standardized tests, it’s just creating more stress that students shouldn’t need to worry about.