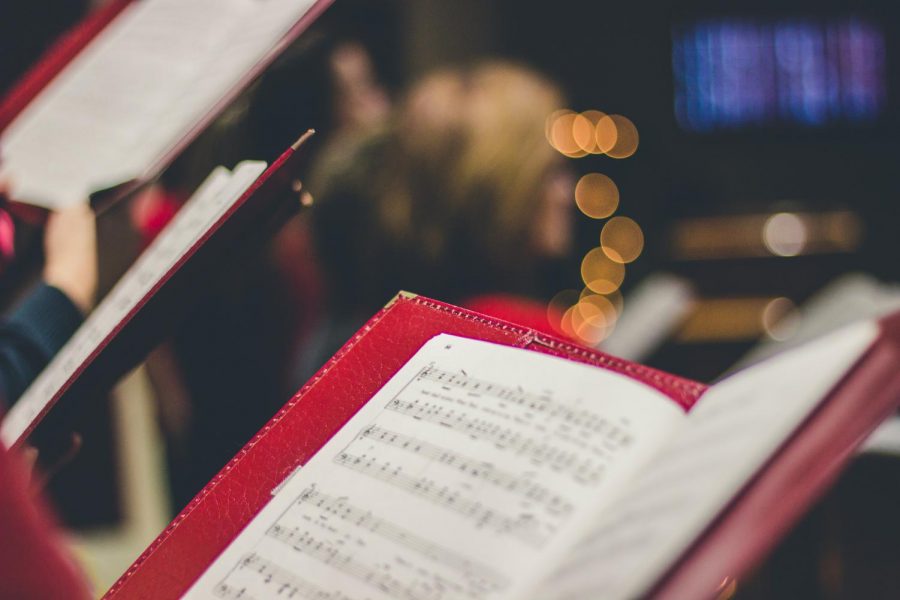 Photo by: David Beale on Unsplash

Lincoln Southeast’s (LSE) Court Choir performed in front of a live audience on April 12, the first time since winter of 2019.

Aside from a few members who performed in New York over spring break last year, the LSE Court Choir has not been allowed to perform in front of a live audience due to COVID-19. After the long wait, the Court Choir was ready to get back out and put on a show.

“The concert went really well,” bass singer Jack Liegl (12) said. “It felt great to perform again in front of a live audience, we hadn’t gotten to do that since around December of 2019.”

The Court Choir performed a four song set, meaning they had an ordered list of chosen songs to sing and practiced ahead of time. Those songs were “Away From the Roll of the Sea”, “Ton Thé”, “Meet Me Here”, and “Walk a Mile”.

In preparation of the concert, the Court Choir has been putting in the hours at the auditorium, practicing on an almost daily basis so they could put on a great performance.

“We have been practicing these songs almost everyday for about a month and a half during fourth period in the auditorium,” Leigl said.

Through practicing, performing in front of an audience, singing to their heart’s content, or putting in the work together Court Choir members form a bond similar to that of a family.

“I strongly recommend that anyone even considering choir audition for court choir. It’s a close knit family with people who care about and support each other and it feels great to sing in front of an audience of friends and family,” said Leigl.