A change in route: How Juan Sanchez Contreras rediscovered his passion for teaching 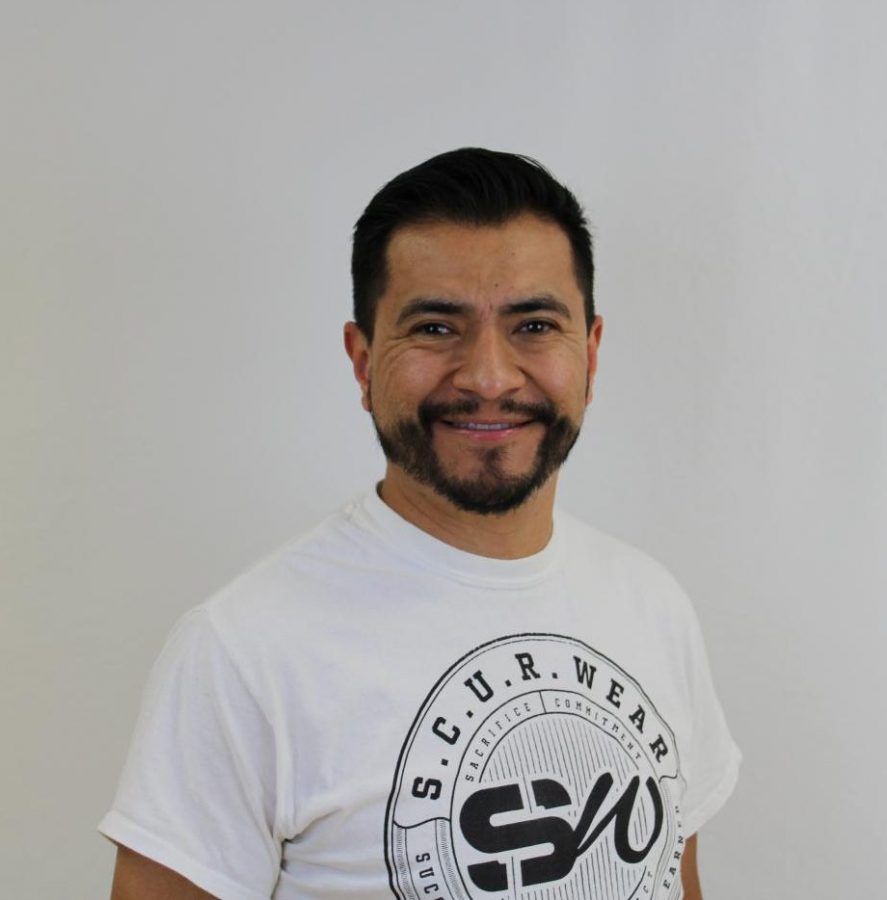 A journey of more than 1,779 miles can be an intimidating experience for some, but for Lincoln Southeast Spanish teacher Juan Sanchez Contreras, this journey was able to lead him to his dream career. Through all the changes and new experiences he had to face, he stayed on the path to accomplish his passion and dream in life: becoming a teacher.

Sanchez grew up in Mexico in a small town called Cuautla in the state of Jalisco. While growing up, he always enjoyed being in school and having the opportunity to learn. His father was also a teacher, which helped influence him to continue education as a career.

“[My father would] teach a group of five people at a school, and he would share those stories with us,” Sanchez said. “That’s where I got the interest of becoming a teacher.”

With this dream in mind, he soon created plans for it. When Sanchez was 18-years-old, he decided to immigrate to the United States to work and earn enough money to go to college back in Mexico. Sanchez’s sister already lived in Lincoln and owned a restaurant, so he started working there to  make money.

After settling in the United States for a while, he soon realized how much he enjoyed being in Lincoln.

“I liked the culture and the people here. People in Lincoln were very welcoming, and I felt very comfortable,” Sanchez said. “I felt at home, and I decided to stay here.”

With his plans going in a different direction, he continued to work at the restaurant for a long time. However, a motivation inside him pushed him to pursue his dream of being a teacher and convinced him to return back to school.

“I had a love for school, and I missed being in school. I missed the classrooms. I missed the smell of pencil and paper,” Sanchez said. “Then one day I decided to go back to school and get my degree.”

When Sanchez was a child, he initially wanted to be a History teacher in Mexico. When he decided to go to school here in the United States, he took a different route.

“When I had the opportunity to go back to school here, I thought of becoming a Spanish teacher because I’m already a Spanish speaker,” Sanchez said. “I [could] use that as an advantage and teach my students.”

When tackling this ambitious decision, doubts started to form in his head, but he didn’t let them ruin his passion and the goal he wanted to achieve since he was a child.

“That obstacle was in my mind thinking that I’m already too old for this, and I don’t think that I can go back to college at this age,” Sanchez said. “But then, something in my mind [told me] that time goes by very quickly, and I should get the satisfaction of getting that degree.”

Another obstacle he also had to face was that he had to tackle his classes while having a family. Sanchez took two classes at a time while working part-time at his job in the restaurant, so he wouldn’t have to spend a lot of money. This process, however, took him eight years to attain his degree in becoming a teacher.

“It was something that I wanted to achieve, and it was more challenging [with the obstacles], but it was also very rewarding,” Sanchez said.

As a Spanish teacher at LSE, he is able to see the positive outcomes of his dream coming true and being able to persevere through the hurdles during the journey.

“Most of the joy for me is getting to know students and helping them achieve their own obstacles and break their barriers,” Sanchez said. “Seeing them grow is very rewarding for me.”

Sanchez is a firm believer that anyone can achieve their dreams if they set their mind to it. He hopes that his role as a teacher can help motivate students to become greater, no matter who they are and where they come from.

“More than anything, I [hope] to inspire [my students] to be better and that they can set something up as far as having a goal, and knowing that they can do it,” Sanchez said. “My goal is to impact students who are having trouble in school and get them to change their mentality and get them to become successful in school.”

“I think one of the things that we’re teaching world language is the idea of having a second point of view and a different perspective of things,” Sanchez said. “By teaching culture in our classes, we also introduce students with new information about where we come from.”

Students don’t often know the stories of teachers who help build Southeast. Every person at Southeast has their own story of who they are that makes them shine through the crowded hallways. For Sanchez, his journey from Mexico to Southeast is one to listen to and take inspiration from. Sanchez shows us that no matter where you come from, you can make big differences — not only in other people but in yourself.