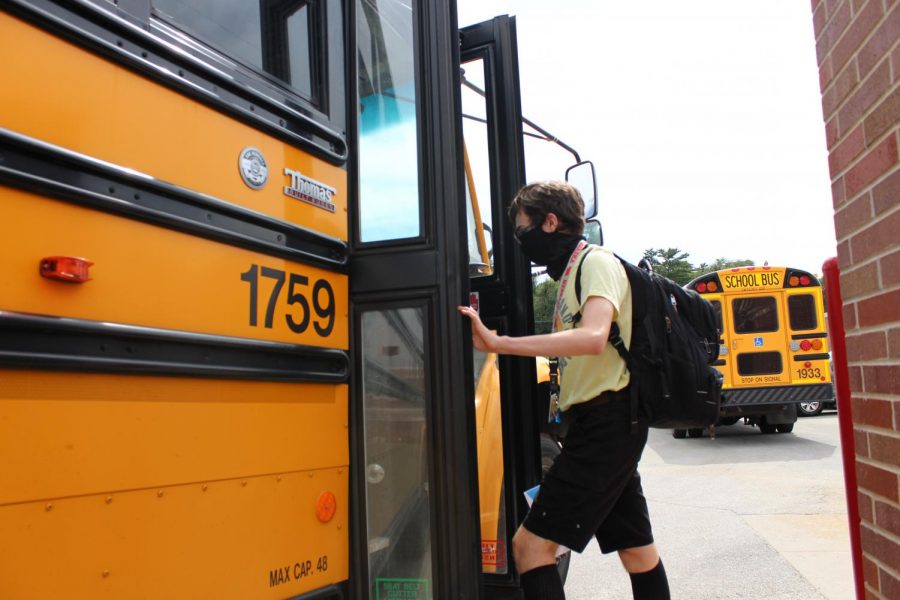 When Lincoln Southeast High School student Cillian Smith (11) was in sixth grade, he began riding the school bus home everyday. This insignificant detail in his life became the catalyst for his love of helping those in his community.

As time went on, Smith developed a sort of fascination with buses. He decided that he wanted to save up enough money someday to buy a bus of his own.

“I think I just like how it helps people get to school or work,” Smith said.

But after entering high school,Smith’s interests shifted slightly. He was able to get involved in many new things such as working on the Yearbook staff, as well as joining the social media platform, Instagram.

Recently, Smith has been using his platform to share his most long term fixation: everything Star Wars. This includes Lego Star Wars game play as well as lightsaber handling skills.

Smith says that it all started when he went to Disney World at three years old and brought home a little plastic lightsaber. That lightsaber lasted him twelve years until it finally bit the dust just last year.

“I have a new one now,” Smith said. “I think it was expensive, since it’s a movie-grade one.”

Smith says that he practices both aggressive [offensive] and defensive lightsaber fighting skills. He has not yet gotten the opportunity to use them in real life battle, but is hoping that one day he will be able to put his skills to the test.

“I practice it everyday,” he said.

And his practice arena just happens to be his basement. In the past, Smith has broken a few objects as a result of having such a confined space to practice in. He says that it takes a lot of skill in itself to wield around the objects of his home.

As of today, Smith uses his social media platform in many other positive ways. One thing he enjoys doing is chatting with people on a Discord server [a collection of persistent chat rooms and voice chat channels]. This chat room, run entirely by Smith, sometimes contains up to 60 people from all over the country. The majority of participants share similar interests with him, or attend similar functions.

“I just think it’s a great way to interact with my community,” Smith said.

Smith’s handle on instagram is @knight_investigator3, the “knight” segment representing the school he attends, and investigator being his future career interest [detective or police officer], which also correlates to helping his community.

“Everybody’s getting treated unfairly,” Smith said. “I believe that if I were to be on the police force, we could try to bring equality back.”

In every hobby or interest Smith has, his natural inclination to always help other people in his community remains a very apparent constant.