Medical Marijuana: LSE student and Nebraska mother speak out about the benefits of this drug 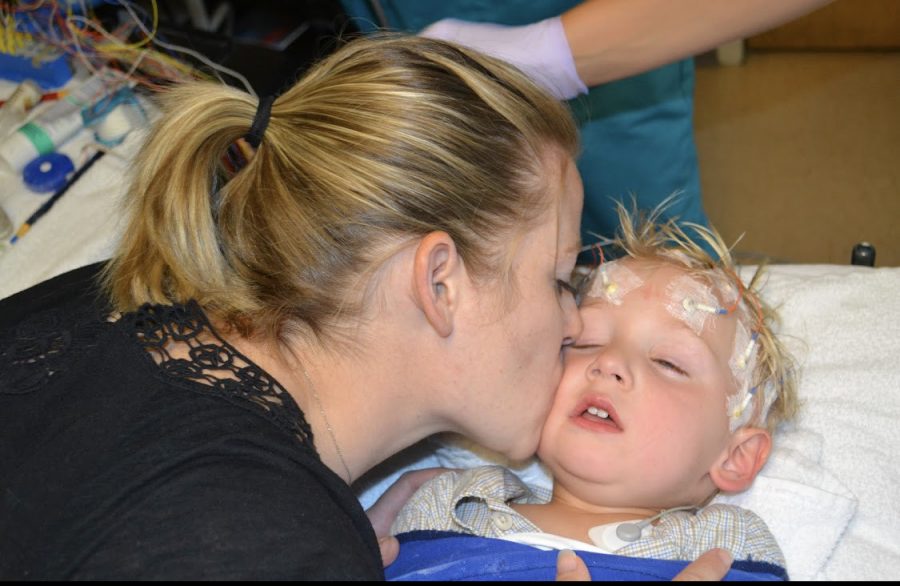 Medical marijuana- it’s something that’s been a common topic of discussion lately. Some people may not even know that marijuana has medical benefits, while others may have been fighting for the legalization of it for years in hopes that it would be able to help them or a loved one.

However, for Nebraska mother Nicole Hochstein, the use of medical marijuana may be the difference between life and death for her 11-year-old son, Jayen.

“He started having seizures when he was 4-months-old. [Because of my] mother’s instinct, I knew immediately it was a seizure. I don’t know how, I don’t know why, I just knew right away,” Hochstein said.

The Hochsteins were able to get Jayen’s seizures under control, only for them to return about six months later. They spent the next several years trying every anti-epileptic medication and every combination of medicines that were available to them. Everything failed him.

So, when Jayen was just 4-years-old, he had a brain resection where they removed different parts of his brain to try and stop his seizures. This worked for three and a half years, and he was making a lot of progress during that time, but his seizures came back again.

Since then, Jayen has had a pace-maker-like device implanted in his chest that is intended to help stop seizures, but doesn’t work well for him, and he has tried even more medications to the point where there are no more options for him at this time.

Currently, his doctors are recommending that he go through another invasive brain surgery that would split the halves of his brain apart so that the electrical activity that is a seizure couldn’t pass through the whole brain. However, this risky procedure wouldn’t even stop his seizures. It would only be able to reduce the severity of them.

Out of options, and heartbroken for her son, Hochstein began the fight for her son’s right to use medical cannabis about eight years ago in hopes that maybe one day he can live a “normal”, seizure-free life.

“We’re not out here looking for marijuana to be on the streets for everyone to try it, but my son is eleven and has gone through brain surgery, has an implanted device, has tried, I’d love to say, millions… Millions of combinations of drugs and doses of medication that’s available to him and failed,” Hochstein said.

Currently, some form of medical marijuana is available in 48 U.S. states, Nebraska being one of the two states who still has it completely outlawed.

“Iowa is 20 minutes from my home, and they have access to medical marijuana. South Dakota just passed it. We could go to Colorado and get it. In Washington D.C., where laws are made, it’s not only medical- they have recreational now,” she said.

Many studies have been done with medical marijuana usage in different states, and although medication works differently for everyone, with Jayen’s seizure type, the use of medical marijuana could not only reduce the severity and amount of his seizures, but has the potential to stop them altogether.

“The ultimate goal for every child with seizures is to be seizure-free. So that would be our greatest hope. For him to never have another seizure, and just start building a normal life,” Hochstein said.

Jayen’s seizures are currently very frequent and can be severe, especially in the morning.

“A lot of times, we don’t know that he’s awake yet, and what alerts us to him being awake is the sound of his body hitting the floor,” Hochstein said. “Typically, my alarm clock is my son’s body convulsing on the floor.”

In the mornings, as Jayen gets ready for the day, he often has drop seizures- a forceful lunge into things. He has broken his nose on the countertop, knocked out several teeth and had various other injuries due to these.

Throughout the eight years that she’s been fighting for medical marijuana, Hochstein has met many other people who would also benefit from the legalization of it.

“I may have started the fight for my son, but there are so many people I’m fighting for now,” she said.

If medical marijuana were to be legalized, it would be treated like any other medicine and would need to be recommended by a doctor.

“I have two other children that I want to raise here in Nebraska. I want to make sure it doesn’t get in their hands, just as there are plenty of other medications here that I need to ensure my other children don’t touch. This would be the same as that medication,” she said.

Like Jayen, many people are forced to deal with the sometimes unbearable suffering that mental and physical disorders can bring on. LSE Senior Aubrey Bolton could also experience life-changing benefits from the use of medical marijuana.

“I have four chronic pain disorders and chronic anxiety,” Bolton said. “It could help me live day to day life without being in pain, and they won’t legalize it.”

One of Bolton’s doctors used to work in California, and has seen great success when prescribing medical marijuana to her patients.

“[My doctor] said that the patients she gave it to were good within about six months, and then they didn’t even have to go back to see her anymore,” Bolton said.

Bolton’s doctor says that the agencies inside of THC would calm the nerves that are constantly inflamed.

“She said I wouldn’t live in pain, first of all, but that I also would be able to live my life normally like before I was diagnosed with anxiety,” Bolton said.

There have been several studies done about the use of medical marijuana with chronic mental and physical disorders, and it has been proven to help drastically. And, all with little to no side effects.

“It’s so annoying that they know there’s something that helps, but they’re choosing not to help people,” Bolton said.

Bolton believes that medical marijuana should be legal here, just as it is in 48 other U.S. states.

“It’s pathetic [that we can’t get it legalized]. It’s embarrassing,” Bolton said. “And, what also confuses me is that it’s a natural growing thing.”

Bolton has seen natural growing marijuana, and believes that is just another reason why Nebraska should legalize it.

“Underneath my grandma’s air conditioner, she found marijuana growing. She called the police and was like, ‘guys someone planted this!’ and they told her that no one planted it, it just grows sometimes,” Bolton said.

She has also seen marijuana growing in nature here in Nebraska, and is very bothered that many people are more comfortable using essential oils and other things of the sort than a natural growing medication.

“It’s a natural growing substance,” Bolton said. “That’s what bothers me the most by far.”

Bolton and Hochstein would both like to encourage people to become more educated about medical marijuana and the extremely positive effects it can have on many people’s lives. Hochstein would also like to add that if there is anyone who’s 18 years or older, and would be willing to volunteer to help people like Jayen, she needs volunteers to help collect signatures and be a part of legalizing medical marijuana. Anyone who is interested can sign up to volunteer or donate to the cause at nebraskamarijuana.org.