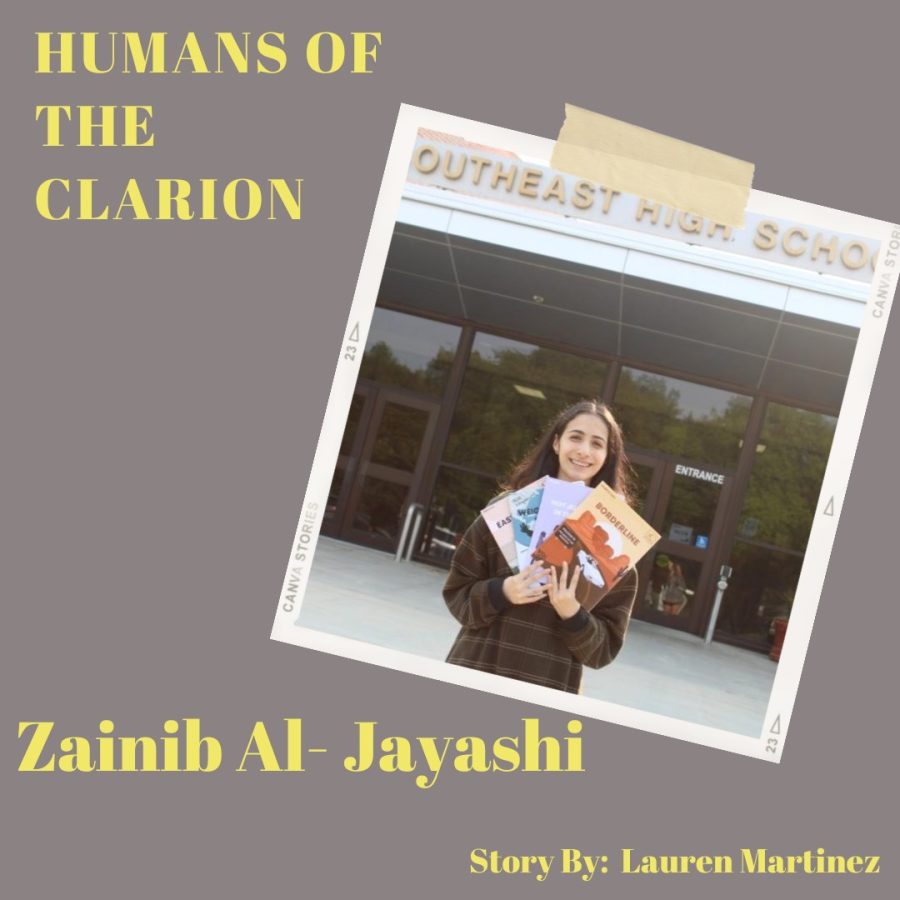 College. That word might scare some high school students, but for LSE senior Zainib Al-Jayashi, that word excites her and ignites this passion inside of her for what she’s going to do in the future.

During Al-Jayashi’s time at LSE, she has found herself and found things like friendships and people that like her for her. While being here Al-Jayashi said that one of the people that had the biggest impact on her was the Clarion adviser Mrs. Clark.

“I feel like Clark sees a lot in me that I don’t see and I just appreciate her believing in me,” Al-Jayashi said. “I feel like she actually listens to what I have to say rather than just mindlessly hearing my words.”

Al-Jayashi is currently the Co-Editor-in-Chief of LSE’s Student News Team, The Clarion, where Clark is the adviser and has been helping Al-Jayashi get her writing going and helping her find the confidence in her writing that she needed.

The Clarion and LSE came with memories that will last a lifetime, but Al-Jayashi said that she doesn’t particularly like thinking about the past.

However, she says her “favorite memories at LSE are probably meeting people that care about me and actually enjoy having me around; people that don’t really make me have second thoughts about if I’m worth hanging out with.”

She hopes those memories and friendships will carry on into college and hopefully lead to lifelong relationships.

In college, Al-Jayashi plans on going to University of Nebraska Lincoln (UNL), because of the cost and because it is in state. While she is there she plans on majoring in Psychology and either double majoring or minoring in Spanish, journalism or English. While at college she plans on being a part of the journalism department, the Creative Commons Club and/or the Sheldon Art Museum student committee.

When thinking about her “Legacy” that she is leaving with The Clarion and at LSE she said that she wants to, “I’d like to be remembered for the organization in the management of the Clarion in a way I would like for it to be known like ‘hey, this is a really good and serious publication that students do wholeheartedly’ enjoy.”

Al-Jayashi is now going on 3 years with the Clarion and is ready for what the future holds because we all know it will be amazing.